Supporting Ivy with her dementia 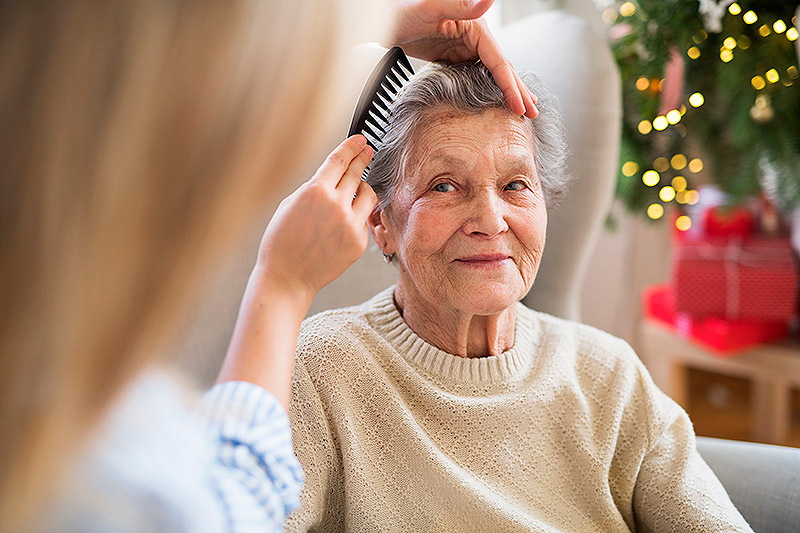 At SweetTree, we understand the challenges of Alzheimer’s disease and other forms of Dementia. Since we were founded in 2002 we have been committed to providing holistic, high quality, person centred care to people with Dementia; ensuring that their lives continue to be fulfilled, with the support of our specialist and highly trained Dementia team.

Assisting clients to engage in meaningful and purposeful activities is a fundamental part of SweetTree’s Dementia programme. Supporting someone with Dementia requires both a practical understanding of the disease itself and an insight into the psychological and emotional journey that often takes hold as the illness progresses. For Ivy it was this understanding from the SweetTree team that enabled her to receive the support she needed.

Ivy is an 86 year old lady living with Alzheimer’s disease, the most common form of Dementia. In the past Ivy worked as a highly successful healthcare professional with a very busy work schedule and social life to go with it! She loved going out, from visits to the opera and ballet to painting and walks in the park.

When Ivy was diagnosed with Dementia she became more and more socially isolated, spending most of her time at home alone, only consenting to going out with her family very occasionally. As Ivy became more confused she lost all enthusiasm for the things she used to love doing and her daughters became increasingly worried.

On the recommendation of a friend Ivy’s daughters contacted SweetTree’s Specialist Dementia Service. After a holistic person-centred assessment and care plan was completed, one of SweetTree’s trained Dementia carers was selected to visit Ivy for two hours once a week, to provide support for Ivy and her family.

Unfortunately Ivy was very resistant to receiving outside help and did not feel as though she needed a carer at all. Ivy’s family decided that the resistance from their mother meant she was not getting enough out of the visits and decided to call it day. The Dementia care team at SweetTree knew the difference they could make to both Ivy’s and her family’s wellbeing if Ivy could begin to accept support. Holly, the Dementia Care Supervisor really didn’t want to give up hope and suggested to Ivy’s daughters that she may benefit from Individual Cognitive Stimulation Therapy (ICST).

‘Cognitive Stimulation Therapy’ or CST, is a treatment for people with mild to moderate Dementia which involves around 14 sessions of themed activities aimed to actively stimulate and engage people with dementia. SweetTree Home Care services have been involved with pilot studies with UCL for individual CST and are now able to offer this on a one to one basis. Each CST session follows a general theme, with choices of activities to cater to the interests of that person, such as physical games, music, current affairs, being creative or word games.

Occasionally these visits would be successful, but there were many times when Ivy would have differing reasons not to have a visit. So Holly decided to try a new strategy and introduced Ivy to Horace, SweetTree’s Pets as Therapy Pooch. As soon as Horace and Ivy met it was a relationship that would blossom! With Horace around, Ivy was relaxed and content, enabling Holly and Ivy to build a very positive relationship.

Ivy now openly shares with Holly (and Horace) the joyful memories Horace brings back from her past and happily participates with the CST activities. The regular visits have dramatically improved Ivy’s wellbeing and self esteem and she now has visits twice a week.